Rich in history, this area was originally explored by Lewis and Clark who camped on the Patit Creek just east of Dayton on their return in 1806. At that time Dayton's Main Street was a racetrack for regional Indian Tribes. The first settlers in 1859, used the land for grazing but by 1861 had turned to farming wheat and other grain because of the highly fertile soil and the adequate rainfall. By 1872 the town had been platted, named, and the post office was established. 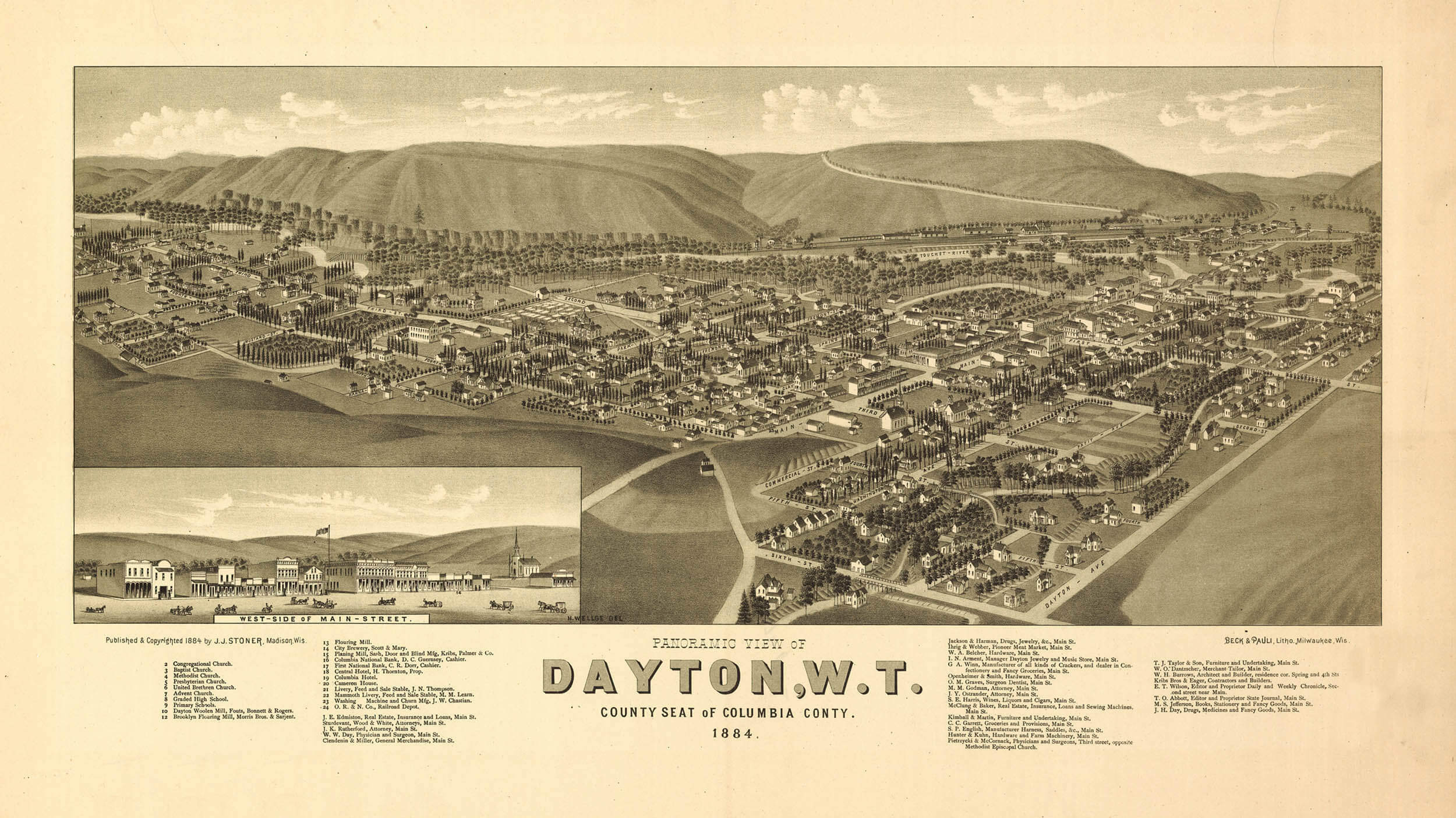 In 1880, an immigrant named Jacob Weinhard came from Germany by way of Portland, where he had worked as a foreman at his uncle's brewery. A true visionary, Jacob saw the potential of Dayton's location in the midst of prime barley growing land. He established the Weinhard Brewery, and by 1904, his empire included the brewery, a malt house, the Weinhard Saloon and lodge hall, the Weinhard Theater and interest in the Local Citizens National Bank. In 1907 he built a large Victorian home for his family, now on the national register. Between 1880 and 1910, other prosperous businessmen and farmers built themselves large impressive homes, commercial, and public buildings in the Queen Anne, Italianate, Gothlic and Craftsman style. Today 90 of these are on the National Register of Historic Places and include two districts. Dayton boasts the oldest train depot in the state (1881) and the oldest working county courthouse (1887). Both have been lovingly restored to their original splendor. Today, this thriving county seat honors this rich past with walking tours, annual festivals, home tours, and continued preservation and restoration. For the added pleasure of our visitors, Dayton offers first class accommodations, fine dining and interesting shops. Dayton is also in close proximity to some of the most prestigious wineries in Washington. Natural wonders such as Palouse falls and the Blue Mountains are within an easy drive.

The Dayton Historic Preservation Commission and the Department of Planning & Community Development have prepared select stories that demonstrate the unique and rich history Dayton has to offer.

To continue your rich experience and reading, consider visiting the Blue Mountain Heritage Society. Here you will find more unique stories and expanded history of Dayton and beyond.