Please find below a brief chronological list of efforts have been made between the City and County to move the negotiations forward between November 6, 2017 - September 10, 2020:

As provided in the June 22, 2020 Press Release, the County did send notice in May 2019 requesting negotiations on the interlocal agreements.  Though, at the time, the City and County had actually been in formal negotiations since mid-2017; and, the City had requested level of services ("LOS") and budget information dating as far back as 2016.  Our inquiries have remained largely unanswered.

In the 12/6/2019 forwarded email from 11/15/2020, Mr. King stated, "I apologize if this is a duplicative email. I sent you this email a while back from my phone, but sometimes emails from my phone don’t go out depending on my cell coverage."  We refute Mr. Rundell's allegations that the City has not responsive to Mr. King's calls or emails based on the public records that show otherwise.

In Mr. King’s letter dated June 4, 2020, he claims that "approximately 80% of Columbia County Sheriff's Office call for service are within the Dayton city limits".   However, following the press releases of June 22, 2020, a local citizen reached out to report that CCSO posts their Weekly Incident Logs on Facebook.  The City compiled data from this source of information and based on these logs, and is summarized as follows:

*Incident reports "Contact at 341 E. Main St." - Percentages may change based on whether contact was made for City or County related business/contact.

The Columbia County Sheriff's Office's Weekly Incident Logs do not support the County's claim that 80% of the calls are within the Dayton city limits.  Furthermore, upon review of these incident logs, does land density play a role in the negotiations and the costs for service?

What does the City mean by this? Please find below a simple example of land density versus population density:

Say the Sheriff receives a call to respond to an incident at Camp Wooten. Based on Google Maps, this call via the shortest roundtrip route, would require, at a minimum, one officer to travel 46 minutes (21.9 miles) one way to offer response. Not including time on site, this is a total of 92 minutes spent driving a total of 43.8 miles. Note – this assumes a start and return location of the Columbia County Courthouse.

Now, say the Sheriff receives a call from the most westerly city limits line on Highway 12.   For this example, we will use 535 W. Cameron St.  According to Google Maps, this would require, at a minimum, one officer to travel 2 minutes (.8 mile) one way to offer response. Not including incident response time, this is a total of 4 minutes spent driving a total of 1.6 miles. Note – this assumes a start and return location of the Columbia County Courthouse.

Although the County alleges the City is 80% of the calls, is the City actually only 10% of the costs for services (manpower, fuel, wear and tear on vehicles, etc.) based on land density? This is a factor that the City feels should be considered in determining a cost for services.

In specific response to Mr. Rundell's claim "All County departments had spent time and resources on services for the City.  For instance, the City has received 61% of district court case services, but the County is only requesting the City pay 35% of total costs."

Based on the Columbia County Assessor's Tax Levy Sheet for 2019 and 2020, property owners located inside city limits were projected to cumulatively contribute approximately $259,582 in property taxes towards Columbia County's General and, in 2020, it is projected to be $266,366.  Not to mention, residents that use the various services such as vehicle licensing, marriage licenses, etc., pay fees for those services.  The County does in fact provide different services for city residents, but the residents inside city limits contribute financially towards these services.

The City gives pause to Commissioner Rundell's statistic that the City "…has received 61% of district court case services" for the following two reasons:

What the City does know, (and a sincere thank you to Judge Marinella and his staff for providing the information, they have been the most responsive and complete in our requests for information), is annually, the Washington Courts distributes a report called "Courts of Limited Jurisdiction, Annual Report, Annual Caseload Report" (hereinafter Caseload Report").  This report is comprised of data that is shared by the courts of limited jurisdiction through the statewide computer application called Judicial Information System for recording and processing cases.

What the City has gleaned from the annual Caseload Report, 2012 - 2019, is that the Dayton Municipal Court caseload percentage varies year to year as follows:

Although the Caseload Report prefaces the data with "Caseload tables do not comprise a complete workload report. Administrative activities, non-case activity, and off-bench case activity are not reflected in caseload statistics.", this is the best available information that the City has to determine what an appropriate cost for services would be.  It appears that the City of Dayton Municipal Court makes up, on an average, 27% of the total caseload for Columbia County's District Court.  At no time within the last 8-years did the Dayton Municipal Court comprise of 61% or 59% of the District Court caseload.  Furthermore, Columbia County is requesting that the City pay 35% of the Columbia County’s District Court budget for the City’s municipal court services.

The City received the Total Number of Columbia County Emergency Management Calls for January 1, 2014 - October 9, 2019.  Again, the City has requested additional information on the breakdown of calls specific to the various service organizations and have not received a response from the County on this matter.

It is our belief, the County's attempting to pressure the City into carelessly agreeing to an increase in compensation from $440,941 to $640,467, or $199,526, annually.  It is our stance that making a recommendation to the City Council to authorize new interlocal agreements, with an increase in compensation without receiving a defensible need from the County for said increases would be an exceptionally irresponsible act on behalf of the citizens we represent.

The City Council has an obligation to its constituents to understand: 1) What LOS are currently being provided under the existing agreements; and, 2) Any other information that may be relevant in making a decision; because, if approved, the increase in costs will likely result in reduction of other services such as park amenities and/or cemetery maintenance.

The County's resistance to provide reasonable statistics, in our opinion, has delayed the negotiation process for three years.  The Committee recognizes the benefits of maintaining cooperative relationships.  With the help of mediation, as recommended by the Committee, we are encouraged that cooperation between the City and County will be negotiated fairly and equitably resulting in a lasting partnership.

Notice is hereby given that the Dayton Planning Commission will hold a public hearing during their next regular meeting on September 22, 2020 at 6:30 PM. The hearing is to take testimony for or against the docket list of amendments for the 2020 Comprehensive Plan update for the City of Dayton. Copies of the docket list may be reviewed at Dayton City Hall, 111 S. 1st St., Dayton, WA 99328 or online. The public hearing will be held via Zoom. Guidance on how to attend can be found online or by contacting staff at 509-382-2361 or This email address is being protected from spambots. You need JavaScript enabled to view it.

Notice is hereby given that the Dayton Planning Commission will hold a public hearing during their next regular meeting on September 22, 2020 at or shortly after 6:30 PM. The hearing is to take testimony for or against the proposed amendments to Title 17 of the Dayton Municipal Code. Copies of the draft ordinance may be reviewed at Dayton City Hall, 111 S. 1st St., Dayton, WA 99328 or online. The public hearing will be held via Zoom. Guidance on how to attend can be found online or by contacting staff at 509-382-2361 or This email address is being protected from spambots. You need JavaScript enabled to view it.

The Department of Planning & Community Development is notifying the public of available volunteer opportunities with the City of Dayton.

The Dayton Planning Commission, Historic Preservation Commission, and the Affordable Housing Commission have vacancies and are seeking additional volunteers. The commission bylaws, meeting materials, and meeting schedules are posted online and can be found by clicking the links below.

To submit a letter of interest to request appointment to one of the commissions, This email address is being protected from spambots. You need JavaScript enabled to view it.

With residents possibly rationing or running out of toilet paper, our Public Works Department would like to remind City residents to be mindful on what you can and can not flush down your toilet.

Do flush the "Three P's" 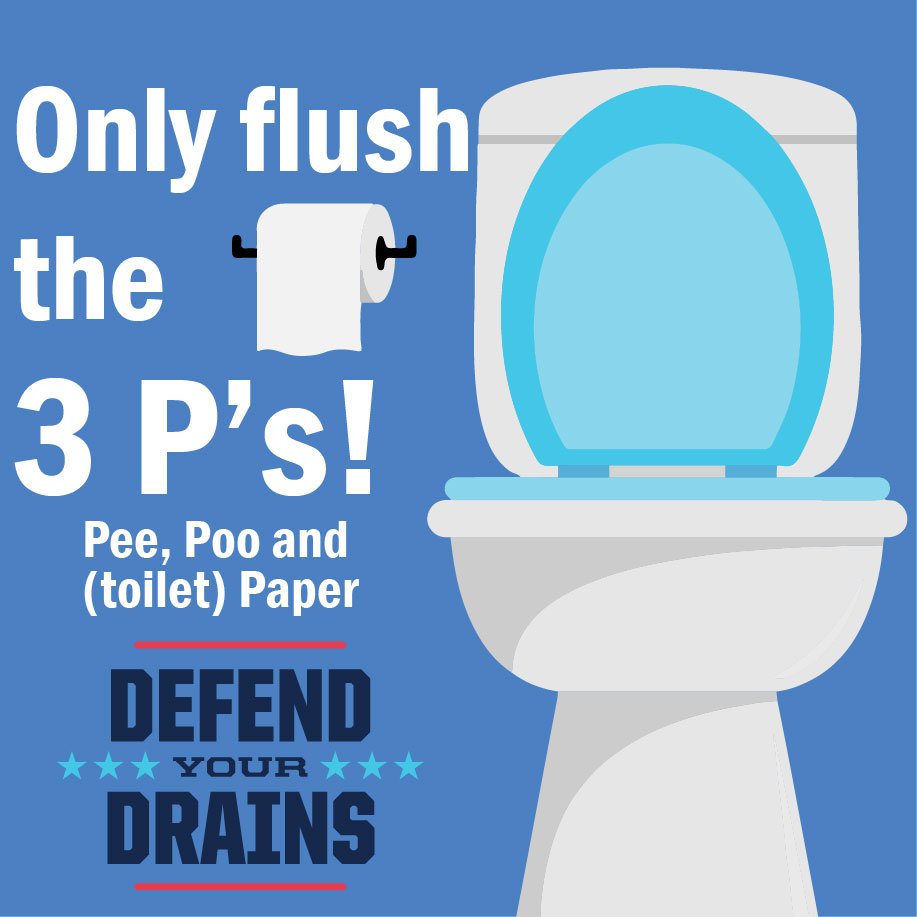 These items can create system wide blockages and may result in sewage overflowing into streets or backing up into homes.

We ask all City residents to continue to be mindful during the COVID-19, and ongoing. Flushing the unflushables will create unnecessary and highly costly infrastructure damage. Together, we can make a difference and ensure long-term infrastructure success.

The 2020 Census is coming, with first mailers being sent from the US Census Bureau in early March. The census is critical for federal, state, and local agencies, and the data collected is used to allocate over $800 billion nationally in federal programs and resources.

The City of Dayton is taking a procative approach to assist in data collection for the 2020 census. See the attached outreach materials for more information and feel free to visit with staff at City Hall with questions or concerns. We will do everything we can, within our abilities, to help. If we can't, we will direct you to someone who can.

What's at Stake for Washington?

Every town is an important part of the American story. 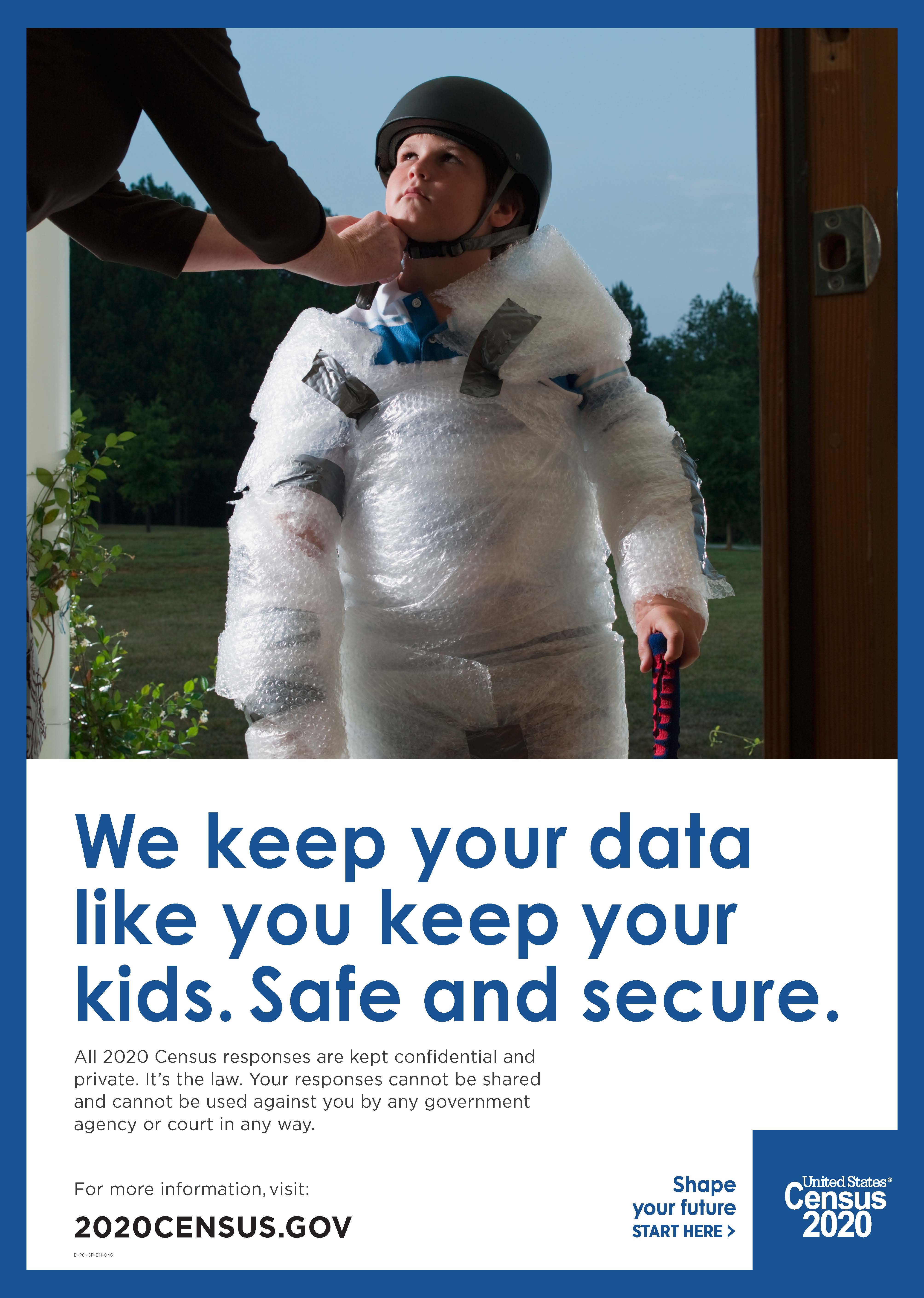 Fats, oils, and grease, as well as "flushable" wipes, towelettes, and rags are the major cause of blockages of the sewer system which can lead to sanitary sewer overflows. Food and grease should never go down the drain because they build up in the line and can cause serious, expensive, and irreversible damage. Only water should go down the drain. Blockages caused by the improper disposal can cause serious damage and be a threat to public health.

Here are some simple steps you can take to keep FOG out of the sewer system: